Strangely, but all too commonly, people (including me) don’t talk about trying to conceive or how they fell pregnant. Indeed once they ARE pregnant, it’s ALL about the pregnancy, the baby and the impending birth. How quickly we move on.

But when you’re trying to conceive, it really is all you can think about. I have a few friends who are in that category right now and whilst you can offer all the advice and, in some cases, sympathy for failed test after test, there’s very little you can do to help. Or so I thought.

I casually mentioned to a friend recently a few of my tried-and-tested conception tricks and she was SO grateful and surprised, that I realised that perhaps I could offer some advice after all. It’s a very personal thing, and what works for one woman may not work for another, but when you have been through the journey, you know more about conceiving than you realise.

Life as a parent is all about milestones and it starts the very minute you get that wonderful ‘you’re pregnant’ confirmation from your doctor, obstetrician, GP, nurse or radiologist. Once you are pregnant, that’s it, your motherhood journey begins and it’s instantly – and overwhelmingly – all about the baby.

But getting there, well that’s another story. For many women it’s as easy as their husband walking in the room and BAM – two lines: pregnant. Congratulations!

But for the silent many it can be a heartbreaking and frustrating struggle every month to get that positive result. And the longer it goes on, the harder it gets.

My very first pregnancy after 8 months of trying sadly ended at 7 weeks in miscarriage, as I’ve written about for Mother and Baby magazine, and it was another long 9 months of committed, obsessive trying before I finally fell pregnant with my first baby. Nine months is not long; in fact it’s around the average 6-month-mark when most women fall pregnant, but for me it was 8 months before that as well.

After trying to offer advice to my friends, I’ve been thinking a lot about the steps I, rather we, took to get there. And there were many.

The first thing I did was to get healthy. Really healthy. I overhauled mine and my husband’s diets and completely gave up drinking alcohol and coffee. We ate the most fresh and organic produce that I could buy. Nothing out of packets or jars – everything was straight from the source and home-cooked. No more low-fat dairy either, it was all full-fat milk, yoghurt, cream and butter instead of margarine. I increased my intake of eggs, eating one to two every single day, as well as other high-quality proteins like organic meat and fish. I’ve written previously about getting healthy in my How You Go In Is How You Come Out post.

I ate SO well it was surely textbook healthy. Like a fanatic I ate avocados all the time, lots of leafy greens, plenty of protein and juices and chai latte instead of coffee… I was annoying to go out to eat with, and probably no fun.

I also took a Pregnancy and Conception multivitamin and gave my husband a Vitamin B pill every day, amidst much eye-rolling.

I also had regular massages every two weeks to relax me, make sure I was adjusted correctly and in tune with my physical body. Then I booked into acupuncture. I’d read a lot about how it can help so went religiously every two weeks. I drank the herbs, I had the needles, I read the books and I smelled the salts. One week massage, one week acupuncture. And on it went…

I was already fit, but I stopped running because I read somewhere that sometimes overly fit people had difficulty conceiving. Not that I was overly fit – not by any stretch – but I didn’t want to take any chances.

I argued constantly with my husband that he should switch from underpants to boxers, to give him more room, and that he shouldn’t sit the notebook computer on his lap when working, but to sit at his desk instead.

My husband had a sperm count test and I had a HSG procedure to ensure my ovarian tubes were not blocked.

I wanted to do everything in my control to ensure I was in the best possible position to conceive. And I felt I was. So why wasn’t I getting pregnant?

After a few months of negative after negative result, I became a bit fanatical. It wasn’t a fun adventure anymore. Making love and trying to create a life had overtaken MY life and it was literally ALL I could think about. It’s all I talked about with my husband and the strain was beginning to take it’s toll. We had arguments about little things and he was beginning to resent my clock-watching every time it was ‘Try’ time, according to my charts, and pee sticks, and app, and calendar.

In turn, I was resenting him for not being obsessive enough!

Looking back, it seems silly and completely over the top, but at the time it was all-consuming and I didn’t know any other way to deal with it. To me, the more measures I took and the more I controlled, the more likely our chances would be of conceiving a healthy baby. But it was getting me down and I was getting stressed. Once, I even found myself giving a pregnant woman a dirty look beneath my sunglasses on the train. Why was SHE pregnant? Why couldn’t I be pregnant? What had she done that I hadn’t?

I received lots of advice, such as ‘take a holiday’ (which is fine once in a while, but you can’t holiday EVERY MONTH!) and ‘stop trying’ which sounds simple but is impossible when you want a baby so much.) Then I began to resent the advice-givers, as though they should mind their own business! I was getting older, and more and more worried that I wouldn’t be able to conceive a healthy child the longer that it took.

The month before I fell pregnant, I had a very long cycle. What was usually a 28 day to the hour cycle, instead was a 43 day cycle. It was the worst month I recall, because I couldn’t understand why I wasn’t getting my period when I wasn’t pregnant? And it really stuffed up my dates!

In my obsessive state I downloaded a ‘conception’ app to my iPhone that would help me determine when I was likely to be ovulating, and therefore the best days to try. I thought this helped me a lot, but it in fact, it did the opposite. I became so reliant on the app and dates, that I wasn’t listening to my body, or reading the symptoms that I should have been most in-tune with.

Women in the dark ages, and at the turn of the century… even in the 1970s when I was born, did not have an iPhone app! They didn’t have pee sticks to test if they were ovulating, or saliva kits to ‘fern’ their cycles. They probably didn’t even know how to chart their cycle! They listened to their bodies, and intuitively knew what was good for them. Or, they were just lucky!

That 43 day cycle made me realise that I couldn’t control this journey. Sure, I could be healthy, and fit, and have lots of sex, but so many other factors contribute to conceiving a child. Genetics. Hormones. Stress. Timing. Nature versus nurture. And everything I was doing clearly was not working.

We started trying again almost as soon as my period finished and each time I laid down afterwards for twenty minutes, with my bottom up on a pillow. I continued to take my multivitamin but I wasn’t chasing my husband around the house to have sex everyday and make him take his Vitamin B. (Yep, it was that bad!)

I tried to relax, to forget about ‘trying’ all the time and I did. I still wanted a baby more than anything but I realised that everything I’d done in the past 8 months hadn’t worked, and if I wanted to get pregnant then something had to change.

Day 28 came and went that month. I was too nervous to take a test so I waited another week. Still no period. Every day I waited for it to come, but it didn’t. I felt sick I was so anxious, but still I didn’t test. I didn’t want another negative test! It was Day 38 that month before I finally took a pregnancy test. Desperately nervous that it was going to be negative (again!) I bought two packets and tested on a Friday morning before I left for work.

Home alone in the deafening quiet of my house, I pee’d, and I waited.

It was faint, but it was there. A thin pink line. TWO LINES! Finally! I couldn’t believe it and talked myself into thinking it was a faulty kit, or not a strong enough line. It was faint, so maybe it wasn’t right?

I gulped down another glass of water to make me need to pee again, and tested again in another 10 minutes.

Two packets and 4 positive pregnancy sticks later, I sent this photo from my iPhone to my husband, then nervously and excitedly called him. We were almost silent on the phone, it did not seem real. He sensibly cautioned me to settle down, to make a Doctor’s appointment first, and to try and go about life as normal as possible.

But there it was. A positive pregnancy after giving up all my obsessive measures to fall pregnant.

A nervous few weeks of waiting for that all important 12 week scan, and then it was REAL – we were going to be parents!

Three children later, now a little bit older and a little bit wiser it turns out I had been ovulating earlier than I thought: Day 8 and 9 instead of Day 14 and 15. Of course, every woman is different, but all the ovulation kits and tests and apps in the world cannot tell you what your own body can.

My advice? Try whatever you want to try: do everything I did, or don’t. Take all the advice in the world and use whatever works for you. But above all, listen to your body, and try not to stress too much. I know, BELIEVE ME I know how incredibly difficult that is when you’ve been trying for nearly a year, but there is no telling how much putting pressure and stress you put on yourself affects your body when you’re trying to conceive.

And good luck (because we all need a little bit of luck).

This was a guest post I wrote for Wonderful Mama Magazine 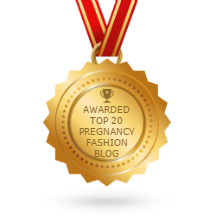